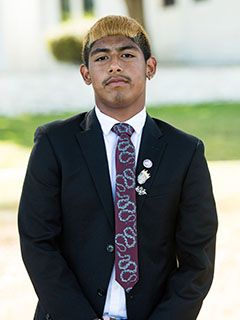 Ronald Valencia of North Bergen, NJ, came to CFS as a ninth grader, selecting the school based on its generous financial aid. Ronald says that the greatest skill that he has learned at CFS is being able to reach out to others for help when he needs to; he has found the relationships he has formed with friends and faculty such as his advisor, Mr. Bob Warfel, particularly impactful.

A school leader (1st class secretary and cottage prefect), Ronald cites his participation in clubs such as GSDA and the photography club (which he co-founded) as highlights, along with many athletic accomplishments. He was selected for a BAL All-League team (soccer) and served as a varsity captain for both soccer and wrestling. Next year, Ronald hopes to study engineering at NJIT.

Says his advisor, Mr. Warfel, “Ronald likes to project a persona of machismo but inside that tough exterior is a heart of gold. He is the advisee who always wants to know how I am doing before I can ask him. He has grown into a good man in his three years with me and I know there is a lifelong friendship waiting for us on the other side of graduation.”