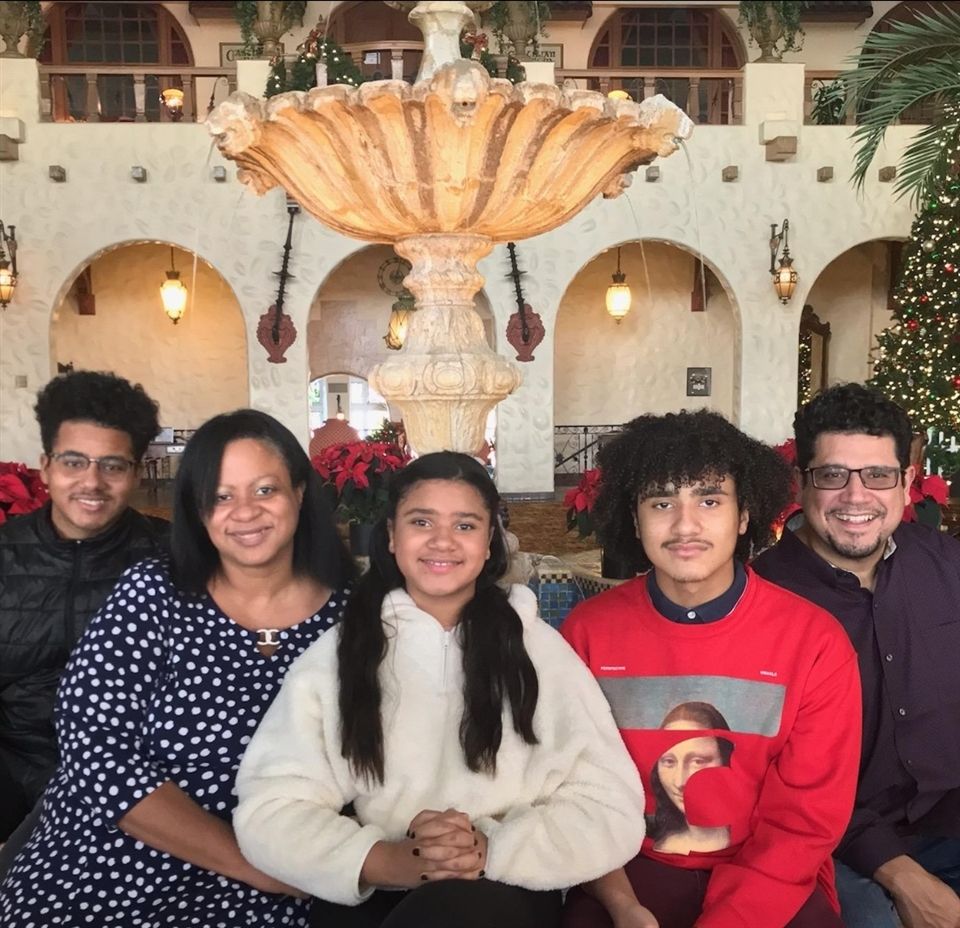 Four years ago, Angela and Timothy Torres drove their 14-year-old son, Josh, from their home in the Bronx to Exton to begin his Church Farm School journey. The moment was marked by excitement and anxiety. "Josh was shaking like a leaf. He was a very shy and quiet boy then; today, he’s grown to be this very confident, responsible young man." In addition to Josh’s nerves, Angela says convincing herself and her family that boarding school would be beneficial wasn’t easy. "We’re Hispanic," she laughs. "We don’t send our kids away. I couldn’t think of anyone I knew who had done it. I had to open up my mind to the idea." She had a lot of help along the way. The enrichment program that Josh was a part of – Fieldston Enrichment Program – convinced the family to not look anywhere but Church Farm School. "They told us that CFS is a wonderful gem that does an excellent job making boys into men. They told us the experience would be so different than the NYC-based schools that we were considering, and to be open to it."

Their Open House experience really solidified their decision. In addition to the rich diversity, which Angela notes is not only ethnic, but also economic and faith-based, the Torres family was impressed by the beautiful campus, welcoming community, small classes and individualized attention. "We saw how invested the teachers are; not just in the classroom but in every aspect of the experience. We also felt that the school really wanted my sons and would support them the whole way through to graduation and beyond; they aren’t just adding a number to their register." Angela says "sons" because her middle child, Caleb, matriculated to the school a year after his brother. Her youngest is a girl, but Angela says she would absolutely send her to CFS if she could.

Four years after dropping Josh off, Angela says the changes in her son are distinctive. He has been accepted to 17 colleges and universities, and is currently weighing the best fit. Currently, he is a semifinalist for full scholarships at a few schools and he is excited to see what is to come in the near future. Others, including Siena College and Ithaca College, have offered admission into unique leadership and service programs. "The College Admission officers were so excited by Josh, and by Church Farm School," Angela said. "It’s an exciting time and all of these opportunities were opened up by Church Farm School and the young man they’ve helped him to become."

When both boys were home due to the pandemic, they worked with their mother to establish a food pantry. "I believe CFS helped instill in them the desire to serve," Angela says, noting that the Bronx-based pantry serves hundreds of families each week to help meet growing food insecurity needs in their neighborhood. Josh is currently back at CFS to finish up his senior year in-person after learning remotely since March. Caleb, in the Class of 2022, is remaining remote through the end of the school year, staying on top of his studies, maintaining his relationships with his "friends who are like brothers" and pursuing interests generated by the CFS experience. Angela notes that a Music Tech class he took with Ms. Campbell two years ago has blossomed into Caleb hosting a podcast with musicians, and creating and publishing his own music.

Angela says she has been impressed with the remote learning curriculum. "They have set high expectations for work quality. I’ve found that boys, especially, will rise to the level you set for them, and I’m so grateful CFS continues to set that bar high." "CFS has become a true partner in educating my greatest treasures and offered them tremendous opportunities. They meet each young man exactly where they are, show him the potential of where he can one day be and help him emerge to that plane and beyond."