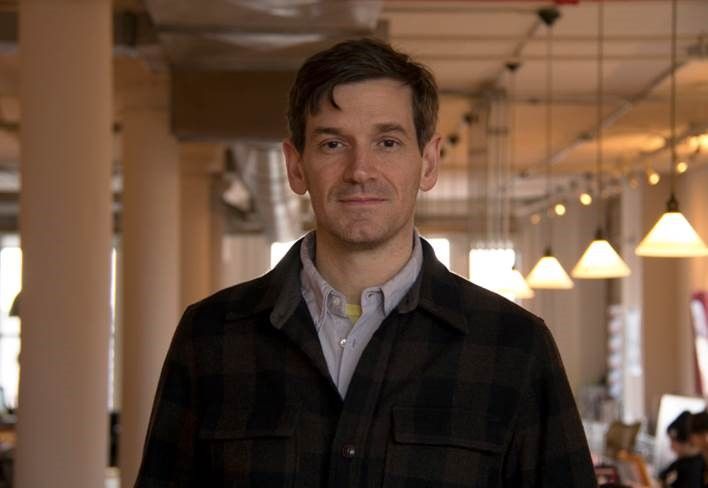 Andrew Carrigan ’87: Helping CFS Tell Its Story
Andy Carrigan likens his engagement with Church Farm School since he graduated in 1987 to being in “low gear,” supporting the school philanthropically each year and always eager to introduce Church Farm School leadership to his contacts in New York City, where he has lived and worked for 20 years with his wife and two daughters. Recently returning to the Philadelphia area, Andy says he was ready to step into “high gear,” accepting a position on the school’s Board of Directors. “I have always been committed to the school, but now I have more time and energy to give.” He brings a ton of talent along with him. Andy has spent the past two decades honing his portfolio as an award-winning writer and creative director, helping tell the stories of brands such as Nike, ESPN, Coca-Cola, MTV and Rolex. He is currently working in the marketing department of the public policy division at Facebook’s parent company, Meta. “Getting the story right in a clear and consistent way” has always been a particular area of focus, he says, and he’s excited to bring this skillset to Church Farm School to help drive enrollment.

Andy and his wife, Amee’s, transition to full-time remote work during the pandemic enabled them to move full-time to Chestnut Hill in 2020, nearby to his childhood home in Wyndmoor. Andy was introduced to Church Farm School by his great-aunt, who was a longtime benefactor, and friends of his father and grandfather, who knew Charlie Shreiner. The middle school experience was daunting, he recalls. “I lived in the middle of a cornfield in Strawbridge Cottage. I couldn’t have felt more out of place.” When he entered 9th grade, things started to gel. “I wasn’t an incredible student, but I had intellectual curiosity and I worked hard.” He credits, in particular, the late former English teacher David Schoettle for inspiring his interest in creative writing. “He broke down themes in a very relatable way.” Mr. Schoettle, much like the CFS teachers of today, didn’t forget about Andy when he graduated. At Andy’s request, he visited him at Washington College during his sophomore year to talk about a potential career in writing. “We talked at length. That really validated me, and I started to consider writing more seriously.”

After Washington College, and with his sights set on advertising, Andy pursued grad school at Atlanta’s Portfolio Center, where he graduated near the top of his class. “At the time, that was the school for advertising, so almost 100% of my class was recruited. And I was off and running.” Andy says that although he was able to rise through the ranks through hard work and ‘some’ talent, finding his voice as a writer only came after he learned the craft of storytelling. As a board member, he hopes to work closely with the school to tell the CFS story and assist scholars in figuring out what excites them before they are halfway through college. “College was a lot of trial and error for me. I want to help CFS students figure out what lights them up now.”